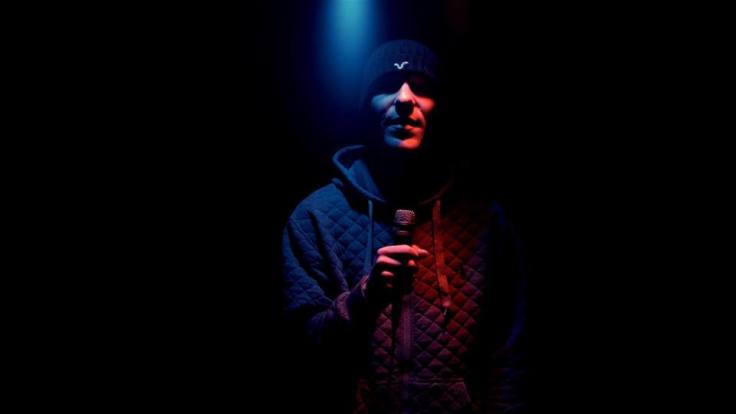 Melton Mowbray, Leicestershire, the small, sleepy Market Town of the Midlands has fertilized some exceptional talent in actors and musicians over the years, from a Monty Python (Graham Chapman) to Gavin & Stacey star Adrian Scarborough and ex Holloways band member Alfie Jackson.

Hot on the scent of more home grown talent, Musicvein hunted down 27 year old rapper Skanz to find out more about him.

MV: Skanz, I’ve just seen your latest video ‘What Riddem’ which seems to be grabbing much attention on Facebook. Tell me more about yourself?

Skanz: “To be honest I’m just a regular guy from a small town doing my thing and looking for a break. I started rapping when I was 16 and I wasn’t really that serious about it back then. I was just a kid enjoying hanging out with mates, spitting bars on a little laptop mic and not taking myself that seriously. I entered a few competitions and did really well but after a few years I took a break to work and find myself.”

MV: So what made you decide to return?

Skanz: “Well I didn’t really intend to but there was another rapper from Nottingham who did a diss track to me and a mate of mine! It was so out of the blue, I was rusty man but I did a track back in response and it literally just started from there, the fire came back but more intense. I got a lot of support at the time so I just carried on from there.”

MV: Yeah I remember that diss happening, I just sat there at my laptop watching things unfold on Facebook – popcorn in hand of course 🙂 So you say you started rapping at 16, who were your inspirations at the time?

Skanz: “At the time Grime hadn’t long started so it was Skepta and Dizzee Rascal, guys like that who were fueling me. Then there was the American Hip-Hop culture and underground scene – my favorite album at the time was Dre 2001“.

MV: How do you get in the zone to create your material?

Skanz: “Usually when I listen to a beat it just comes to me. The bars take form over a few hours then over the next few days I’ll tweak them until they’re just right and exactly how I want them, then I go and record it.”

MV: So tell me more about your new track ‘What Riddem’ featuring Karizmatic and Kid Haze

Skanz: “Yeah, ‘What Riddem’ is a reality track, more about things I see happening and how hard it is to get into the game. Even though I’m from Leicestershire, trying to get known and accepted by rappers in Leicester is hard cause they’re in the city and I’m from a town – there’s this weird divide so the line ‘I’m from Leicestershire I’m no guest here…’ Is in reference to that.

I loved working on this track, it all started with a catchy hook I had in my head so I contacted my mate Rhys Brown to make the beat for me. Next Karizmatic from Mansfield came in and did his verse and while in the studio Kid Haze was like ‘yo man you gotta let me jump on the last verse!’ So it just went from there.”

MV: Who else have you been working with?

Skanz: “Apart from Karizmatic, Haze and Rhys, I’ve also been working with Jay Hillyer he does all my videos and has a studio in Melton Mowbray. Then there’s newcomer Jordan Robson who’s yet to be heard but he will be making his debut with me very soon.

MV: Is there anyone else in the game from around Leicester/Leicestershire that you like?

Skanz: “Yeah I quite like Skeez from Leicester, I’d say he’s one of the best around here. Then there’s also K.Y from Leicester too”.

MV: You have an EP in the making ‘Top of The Hill’ when will that be released?

Skanz: “I’m half way through recording that, hoping to have it released by next year and I’ll also be releasing a DVD with it – a documentary on the making of the EP.”

MV: Finally, will you be doing any live shows?

Skanz: “I’m hoping to do something by the end of 2016 possibly in Leicester so I’ll let you know!”

To keep up to date with all Skanz news, follow him on: