Take note of the date, keep the bank balance healthy and sit by your computers/telephones….

Today, the day UK fans have been waiting for is here – Enrique Iglesias has announced his first UK tour dates for 2014!

He’ll be performing at 4 venues, Glasgow, Birmingam, Manchester and London’s O2 Arena for 4 nights in November only.

“I can’t wait to return to the UK, it is always a pleasure to tour here! The fans are absolutely amazing and I am excited to perform tracks from my new album for the first time to all my British fans. It’s been 3 years since I’ve last toured here so I’m excited to be back.”

This week Enrique concludes his ‘Sex And Love‘ Latin American tour before embarking on an extensive US tour in September alonside global superstar and BFF Pitbull – who he collaborated with on many singles including the Top 5 smasher ‘I’m a Freak’ and ‘I Like It’.

In a few weeks Enrique will join a host of other starts for Capital FM‘s annual Summertime Ball at Wembley Arena, London June 21. But we all know it’s November that counts! 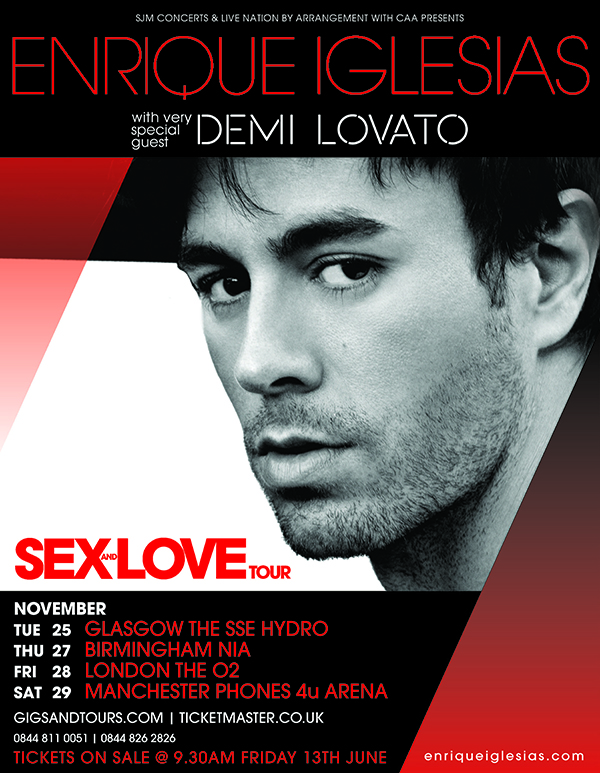