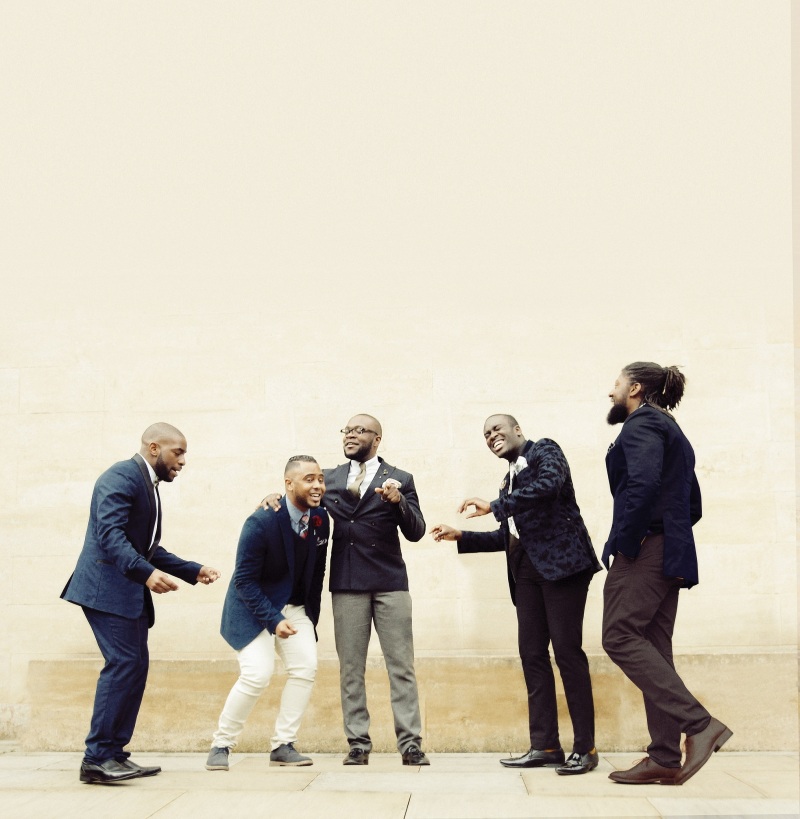 ‘Sing: Ultimate A Cappella’, saw five-piece vocal group Vadé crowned as the best A Capella vocal group in the UK. Now having signed a major deal with Decca Records, the group will release debut single, ‘Cry Your Heart Out’ written by One Direction‘s Niall Horan.

Vadé who draw inspiration from traditional gospel church music, with Mowtown and Soul for added flavour, will release their debut album, also called, ‘Cry Your Heart Out’, on 8th December 2017.

The group made up of Jermaine Sanderson, Philip Yeboah, Roy Crisp, Joseph ‘Kojo’ Anti and Joshua Hammersley Jr. aka JJ had a bitter sweet journey to becoming crowned winners, with Jermaine’s mother, Janet Ottey, sadly passing away while the group were achieving their dream. The album will be dedicated in her memory.

‘Cry Your Heart Out’, the album, will feature renditions of popular hits, ‘Motownphilly’ by Boyz II Men, ‘Kiss From a Rose’ by Seal and ‘Human’ by Rag n Bone Man.

Speaking of their signing to Decca, Vadé say “We are so overwhelmed by the support we have received from doing the show and completely blown away by the offer of a record deal from Decca. It was our dream to record an album at Abbey Road Studios (but) to release an original track written by Niall Horan is more than we could have ever hoped for!”

We’re delighted to be crowned winners of Sky One’s ‘Sing: Ultimate A Capella’. Our new single is called ‘Cry Your Heart Out’, co written by @NiallOfficial and it’s out now https://t.co/NHyrrFCpaJ pic.twitter.com/GnuYisHE5c