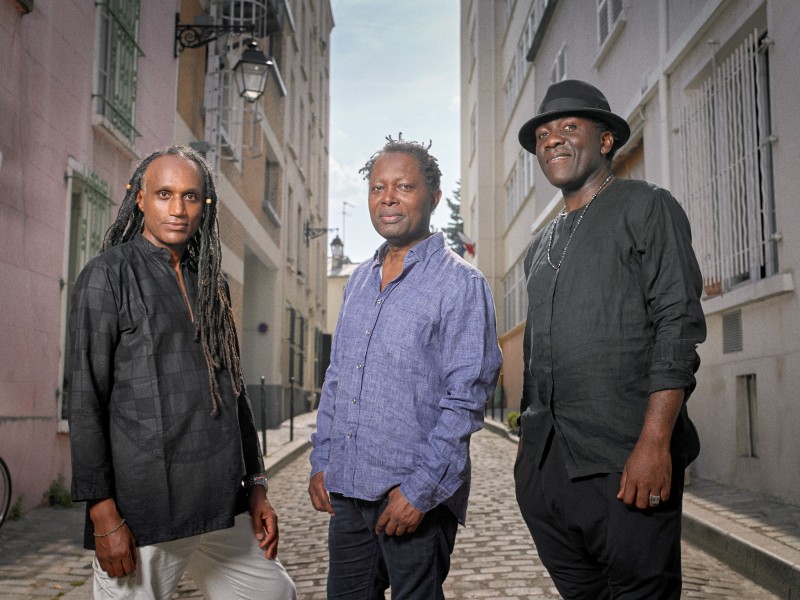 Here at Musicvein we love nothing more than to get a tasty treat in the inbox, and this weeks morsel of ear candy comes from a trio better known as Toto Bona Lokua.

The trio, who are French-Creole Gerald Toto, Cameroon’s Richard Bona and from the Democratic Republic of Congo, Lokua Kanza, first released their debut album 12 years ago.

Since pursuing their own individual careers, it was always in their plans to eventually reform and create another album – over a decade later ‘Bondeko’ meaning Friendship has arrived.

Scheduled for release on 19th January, via No Format! an independent label in France, ‘Bondeko’ sees the trio blending their personalities into a flavoursome album.

The first release from the album will be “Ma Mama” a humble, cheery song that relaxes the soul, accompanied by an animated video by Katy Wang.

Talking to It’s Nice That, Katy explained the concept behind the animation; “After finding out that the band was made up of three singers from France, Cameroon and the Republic of Congo, I was inspired to research African textiles…The overall feel of the film is dreamy, surreal and visually exciting to watch — it’s a love story but told in a very innocent, playful way, of two people exploring this animated world together,” (full article available here).

Watch the video below and let me know what you think to the single “Ma Mama” – review of the album ‘Bondeko’ coming soon on Musicvein.