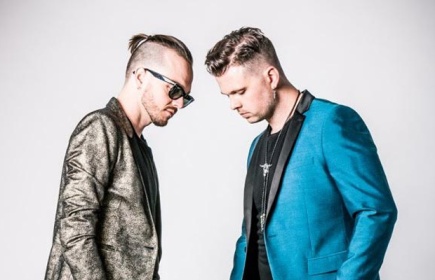 Since hearing ‘Been Loving You’ by Nicky Davey, I’ve found it impossible to get out of my head!

Starting off with that unmistakable samba sound – the drums, guitar and cuica – before dropping into a cool summer Latin/RnB sound, it’s hard for anyone to not get caught up in the fusion vibe.

With a Carlos Santana influence and vocals like Justin Timberlake, if you didn’t know who Nicky Davey were, you’d be forgiven for thinking you were listening to a track from Justin’s 2002 album ‘Justified’.

The Grammy nominated songwriters Nick Green (vocals) and Dave Rosser (guitar) are the only act unsigned to a major label, to feature on the Now 57 album (US version) and it’s no surprise why.

With an EP being released in Spring this year, stay tuned to Musicvein for more information!