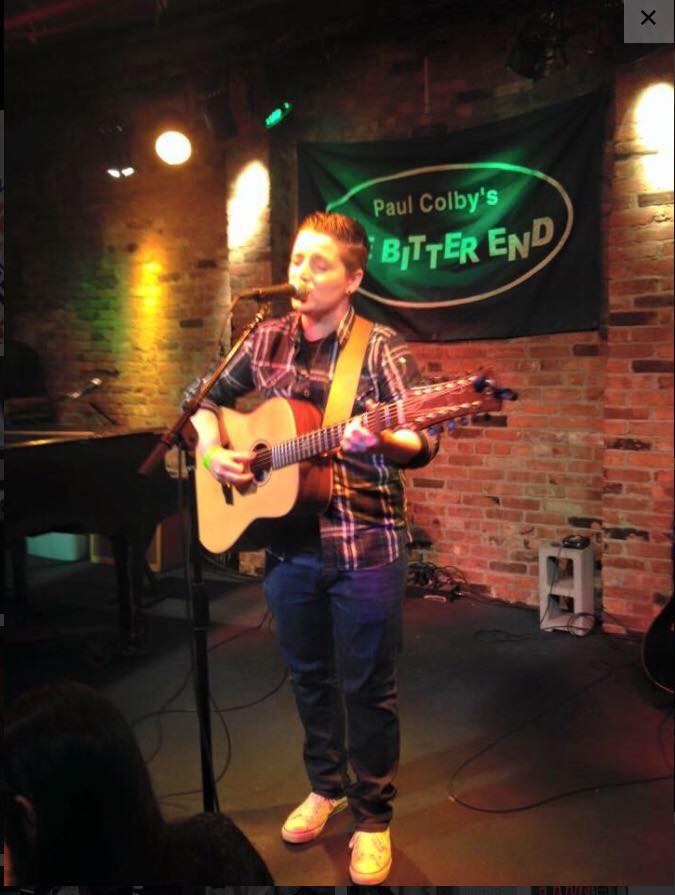 Yesterday, we heard about Chloe Ray’s journey as an artist since releasing her debut EP last year – ‘Waiting Room’. This year her follow up EP ‘Reprise’ entered the UK Singer/Songwriter Charts at No. 4 just behind Ed Sheeran!

So what is it that made people warm to this EP? This week Chloe Ray gives the stories behind the tracks starting with ‘The Bitter End’

MV: The Bitter End sounds like quite a daunting track, can you tell us more about this one?

CR “Yeah, ‘The Bitter End’ is all about my musical heroes really. There’s this interesting bar over in New York, Greenwich Village, and it’s actually called The Bitter End. The bar story goes that Bob Dylan walked for miles and ended up doing one of his first performances at the place, since then every person you can think of has performed on their stage, Joni Mitchell, Tracey Chapman, Johnny Cash!

I performed my first EP there and I remember being so overwhelmed and excited that I was standing on the same stage that they had. Anyway behind the bar they have a mural of all these famous artists that have played in the bar – it’s a conversational piece! I was sat there and someone pointed at Bob Dylan and asked me who he was! I couldn’t believe that he didn’t know! I answered Bob Dylan and it really just struck a chord with me that he didn’t know who that was, and he still didn’t know who it was when I said it!

I was stood in Greenwich Village thinking Wow after like 56 years somebody has forgotten who this man is, How can that be? It made me question just who these people were that I was performing to. It honestly disturbed me so much I had to write a song about it to which the lyrics go “…all my heroes died, just a picture of them on the wall of this bar that nobody recognised…” I love New York but the moment was so bitter sweet – I just had to write my ode to those greats.”

This week only on Musicvein, Chloe Ray talks exclusively about the tracks on her EP starting tomorrow hear the story behind ‘A Long Time Ago’.